The Quality of Life is Not Determined by the Circumstances, but by What We Do With Them 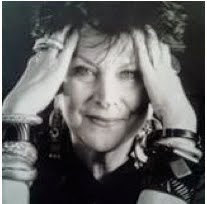 As we approach the New Year, I thought it would be a good time to explain why the above statement is my approach to life, and to tell you a bit about how I came to that conclusion. It seems to me that I've always had some sense of their truth. This certainly was not because my parents nurtured some inherent or inherited intuition about life. Nor did I have a clue that I was forming a life-long philosophy. I actually attribute my sense of life to the things I learned from, and a way of thinking I developed through, my relationship with Ethel, my family’s housekeeper.

Ethel was a loving, light-skinned colored woman, which was the appropriate word to use when I was four. I spent much of my time with her. It was my habit to follow Ethel around the house as she washed the breakfast dishes, did laundry, and restored order to anything that needed attention. In the afternoons, when her chores were done, I’d take a coloring book and crayons to her room and stretch out on the dark blue carpet as she listened to the news on the radio. I would pepper her with questions, and she would answer: “What’s lynching?” “Being hanged by the neck until dead.” “Why would people want to do that?” “Maybe a colored man acted too friendly to white girls.” “How can somebody be too friendly?” No answer. “Why did America drop bombs that killed children?” “Somebody thought it would end the war sooner.” “Where’s the South?” She showed me on a map. “Why are there bathrooms marked for white people and others marked for colored people?” When she finished telling me I had tears running down my white face. “I hate white people!” I said as I raced into her bathroom to use her toilet. That was my first act of civil disobedience, which marked the birth of my activism, and I’m pretty sure neither Ethel nor I ever mentioned it to each other or to my parents.

The other thing that helped develop my activism was my discovery of Wonder Woman. I would put tape around my wrists to deflect bullets, which has been replaced with wide silver or Bakelite bangles in my adulthood. I was determined to save the world, so I kept asking questions wherever I went, which was how I learned that people who didn’t have it so good could be happy, and that those who had what appeared to be everything, weren’t necessarily glad about their lives. I also began to understand that some people suffered over things that other people got mad about and still others tried to fix. In other words, I was learning that the quality of life is determined by what we do with what life hands us; that we have choice, and can always view our lives as rich and full, or empt. I liken this to a glass of water filled halfway. I figured an optimist would call it half full, while a pessimist, half empty.

In the early 1980s, while studying and leading workshops with Dan Fauci at his Actors Institute, I turned my slogan into my credo, though I must admit that there have been times when I was less sure that the words were true. One of those times came when I was about to facilitate my first AIDS Mastery, a workshop I created for people with AIDS, which was devastating the gay and arts communities at that time.

The day of the workshop arrived, and as participants started showing up, I repeated, “The Quality of Life is not Determined by the Circumstances, but by What We do With Them,” to myself. But then I noticed that two men were in wheelchairs, and several were so thin I wanted to weep. When the elevator doors opened and a man on a gurney with an IV bag was wheeled in by his nurse, I went into the office and put my head down on the desk. The circumstances these men were living with made my slogan sound ridiculous to me, so I said a little prayer, took a deep breath and went for it anyway–and each participant’s story showed me the truth of my credo.

At the end of the weekend, the participants declared what they wanted to do with the rest of their lives, whether that meant six months or sixty years. Some of them are still very much alive, while others who were dear to us died before Protease Inhibitors, the medications that saved so many lives, were available. Though it was a time of great loss, it was also a time of passion, service, support, tears, and laughter. Or, in the words of my favorite Sondheim song, “Good times and bum times, I’ve seen them all. And my dear, I’m still here.” And even all these years later, I still love my life, and do what I can be to be of service and to inform people about things that might move them to be activists and to serve.