Mike Nichols, who passed away last month at age 83, began his career in a club in Hyde Park, which was my Chicago neighborhood, in the 1950s and 1960s. He met Elaine May while attending the University of Chicago, where I went to high school. Though I did not know them, they are part of my history, because they introduced a style to comedy that made so many young people, including me, feel freed up to express ourselves in more direct and outrageous ways. They were involved with the improv troupe The Compass Players, which later gave birth to Second City, still considered America’s top comedy club/theater/school of improvisation. Nichols and May eventually moved to New York where they worked together and, in 1961, developed their individual careers. Nichols added directing and producing to his skill set, and, over the years, he won a stellar collection of awards for his extraordinary body of work.

My first Mike Nichols Broadway experience was in 1964, when he directed the delightful Luv. More recently, he directed my all-time favorite production, of Death of a Salesman, with Philip Seymour Hoffman as a heartbreaking Willy Loman. His brilliance on screen included the groundbreaking The Graduate, Silkwood, she made me proud to be an activist, and Who's Afraid of Virginia Woolf?, which helped me understand that divorce might be preferable to torturing one’s spouse. Perhaps the work that touched me the most deeply and related the most to my daily life, was his 2003 HBO production of Tony Kushner's Angels in America. For all of his work and his passion to do the right thing to support those in need, I am grateful, and join the legions who have been touched by Nichols' Quality of Caring.

In his private life, Nichols was half of one of those rare golden couples. He met Diane Sawyer in 1986, when she was the first female correspondent on 60 Minutes, allowing them to carry on what has been called a 26-year romance. In 1991, in response to the growing AIDS crisis, Nichols and Sawyer joined their long-time friend Cynthia O’Neal in founding the non-profit organization Friends In Deed (FID), in New York. FID continues to provide support for people with AIDS and other life-threatening illnesses, as well as their friends and families. I am personally grateful to FID for allowing me to facilitate the workshop I created in 1986, The AIDS Mastery, at no cost to participants. I facilitate the workshops with Robert Levithan, who is on FID's Board. At FID, I have always found a welcome embrace for my long-time philosophy that “The Quality of Life is not determined by the circumstances, but by what we do with them.” More about that later.

Our Illusions about Bill Cosby

My introduction to Bill Cosby was I Spy, an NBC series that ran for three seasons, from 1965 to 1968. He and Robert Culp played a duo of secret agents who traveled the world to right wrongs. Culp’s cover was Kelly Robinson, an international tennis player. Cosby played his trainer, Alexander Scott, "Scotty." They took their television audiences along as they went about chasing spies, villains and in a tradition newly-established by the James Bond films that were rapidly gaining popularity, beautiful women.

I Spy and Bill Cosby broke ground in many ways:
Cosby and television had a great romance through the years, including the PBS series The Electric Company (which my kids loved), and his greatest television success, The Cosby Show, which became the highest-ranking sitcom of all time. Cosby was an advocate for family-oriented humor, and exercised total creative control of the series. Like the characters Cliff and Claire Huxtable, Cosby and his wife Camille were college-educated, financially successful, and had five children. The show was unprecedented in its portrayal of an intelligent, affluent, African-American family.

But recent revelations by the women who have come forward to accuse Cosby of drugging and sexually assaulting them when they were young and seeking career guidance, belies the myth that his characters reflected his own life.  Like many, I thought of Cosby as a cross between Huxtable and Scotty. But as the allegations piled up, his image has been irrevocably damaged, as has his income and his future in the industry. So, here we are, with the Cosby we loved and the Cosby we may some day love again. Yes, that might be possible, if he comes clean about his life, his sexual predilections, and how he plans to recover and make amends for the pain he caused to the women he took advantage of, and the public whose trust he betrayed. I do believe in the possible. 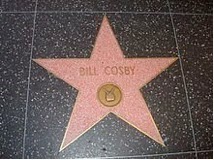