Things are still fairly crazy on our lovely planet, but it seems that this is a period where things are shifting. Women have been honored with the Nobel Prize and there are progressives in the streets of cities across the United States expressing our desire for great shifts. Best of all, we seem to be witnessing a shift in the national consciousness.

Our Own Tahir Squares

The protests in the streets of Egypt may have inspired those in Madison, WI, and cracked the code of silence for a global network of humanity that is mad as hell and needs to have its say about the state of the world. I remember watching the Arab Spring unfold on CNN International and wondering if such a thing could ever be possible here, or if the U.S. would simply lapse into another winter of discontent. So I am thrilled by the latest developments. Oddly, Tahrir Square is more familiar to me than Liberty Square. I have walked the streets of Cairo many times, unlike Wall Street. So I was not surprised at how beautiful and peaceful the Egyptian protest was. In fact, if demonstrators had not been attacked by what even the Arab media referred to as “Mubarak’s thugs,” there would likely have been no Libya moment there. The same is true of the Wall Street protests. But then the police did what police so often do when faced with protesters. They swarmed into a peaceful situation and asserted authority where none was needed, required, or desired. Imagine how things could be from this point on if the cops determined to protect the peaceful protests that are our right. The smart thing for them to do would be to use the orange netting for traffic control, allowing both demonstrators and drivers to coexist in an easier, friendlier manner, so we could all just have a nice day.

Let Us Celebrate These Powerful Women

It has been announced in Oslo that this year's Nobel Peace Prize has been awarded jointly to three amazing women, Liberian President Ellen Johnson Sirleaf, Tawakkul Karman of Yemen, and Leymah Gbowee from Liberia. Nobel Committee chairman Thorbjorn Jagland said that the oppression of women is the most important global issue: "We cannot achieve democracy and lasting peace in the world unless women achieve the same opportunities as men to influence developments at all levels of society."
Ellen Johnson Sirleaf: In 1980 Samuel K. Doe, an army officer, staged a coup and seized power over Liberia. Two decades of turmoil and bloodshed followed. During his stronghold, Ellen Johnson Sirleaf was arrested and threatened with death. Johnson Sirleaf, who had served as a vice president of Citibank in Kenya for a time, became active in politics and an outspoken critic of Doe's brutal and corrupt regime. After calling government officials idiots, she was jailed in 1985 and again in 1986, then fled to the United States. But she always considered Liberia to be her home, and returned frequently. When she made an unsuccessful bid for Charles Taylor’s presidency in 1997, compatriots and critics alike began to call her Liberia’s Iron Lady. Not taking "no" to mean "never," Johnson Sirleaf ran again in 2005 and defeated soccer sensation George Wea for the presidency, becoming Africa's first female elected head of state. She inherited a nation that Taylor had plunged into more than a decade of civil war. The conflict had left 200,000 dead, a third of the population displaced and 60 percent of it under the age of 25, and no infrastructure to speak of. But she has proved to be up to the task at hand. 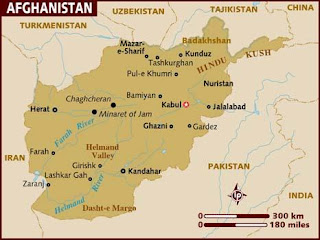