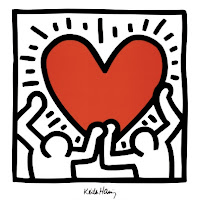 The phrase “30 Years, 30 million funerals” has been bandied around in the build-up to the 30th anniversary of the AIDS epidemic, and it has resurfaced just in time for World AIDS Day. But a newly funded study tells us that good news is on the horizon. The world seems to be getting the message that treatment and prevention are not competitors for funding; rather, they are one and the same. In other words (as many of us have known but not yet used as an official message), treatment is prevention. Now, in our 30th year, it is official:

“NIH-funded research released this year showed that anti-retroviral treatment for HIV+ people reduced the risk of HIV transmission by 96 percent--a breakthrough finding that has driven much of the conversation.”

And this press release from activist organization HEALTHGAP (see sidebar for more info):

For immediate release: President Barack Obama today announced that the U.S. will get 6 million people access to antiretroviral AIDS treatment through the President’s Emergency Plan for AIDS Relief--doubling the pace of scale up for the program.  Speaking on World AIDS Day along with Presidents Bush and Clinton, President Obama committed the U.S. to using emerging science to begin to end the global AIDS crisis—a concept unimaginable just a few years ago.

I’d like to commend CNN for using World AIDS Day to educate, elucidate and discuss AIDS. They presented a series of interviews with everyone from their own Sanjay Gupta to Bono.