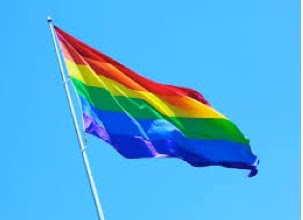 "Today is a big step in our march toward equality. Gay and lesbian couples now have the right to marry, just like anyone else." ~ Barak Obama

I thought I would start off by celebrating the Supreme Court’s shift in the law that came not a moment too soon, yet at a time that is perfect, since a majority of American citizens now support Same Sex Marriage. The Court’s decision righted what I see as a long-held wrong, and set off the wildly joyous and moving celebrations across the country that followed. For those of you who may not be up on the details, until this decision it was more of a state thing. Same Sex Marriage was legal in 37 states and the District of Columbia, which wasn’t bad, and the Supreme Court’s ruling in 2013 that put a stop to the Defense of Marriage Act, which was bad, seemed like a great victory, though it did not offer gay couples the same rights granted to heterosexual couples. According to the most recent Gallup poll on the subject, 60% of Americans thought same sex couples should have the same rights and privileges as any other “legally” married couple.

Though, as I’ve said before on these pages, my marriage and the marriage-like relationships that followed my divorce didn’t work for me, I’ve fought for years to support everyone’s right to say, “I do!” I’m even a Rev. and happy to say, “I now pronounce you….” So, I am delighted with the Supreme Court’s decision. In political terms: the fact that 76% of Democrats, 64% of Independents, and 37% of Republicans support gay marriage offers no great surprises, nor do the opinions of many of those running for each party’s nominations (we’ll look at those a bit later when we check in on the candidates).

The Supremes ruled five to four that states no longer can keep same-sex couples from marrying, plus, they must recognize their marriages. Voting against the decision were the court’s four conservative justices: Chief Justice John Roberts, Justice Antonin Scalia, Justice Samuel Alito, and of course Justice Clarence Thomas, who, you may recall, was accused of making sexual comments to his coworker Anita Hill, though President Bush thought making him a Justice for life was still a good idea. Scalia presented the dissent: “This practice of constitutional revision by an unelected committee of nine, always accompanied (as it is today) by extravagant praise of liberty, robs the People of the most important liberty they asserted in the Declaration of Independence and won in the Revolution of 1776: the freedom to govern themselves…. Until the courts put a stop to it, public debate over same-sex marriage displayed American democracy at its best. Individuals on both sides of the issue passionately, but respectfully, attempted to persuade their fellow citizens to accept their views.” Click here to read the full dissent.

Justice Anthony Kennedy wrote the elegant majority opinion in favor of the ruling, which was also supported by the court’s four liberal justices, Ruth Bader Ginsburg, Stephen G. Breyer, Sonia Sotomayor, and Elena Kagan. “No union is more profound than marriage, for it embodies the highest ideals of love, fidelity, devotion, sacrifice, and family,” Kennedy wrote. “In forming a marital union, two people become something greater than once they were. As some of the petitioners in these cases demonstrate, marriage embodies a love that may endure even past death…. Their hope is not to be condemned to live in loneliness, excluded from one of civilization’s oldest institutions.... They ask for equal dignity in the eyes of the law. The Constitution grants them that right.”

What We Can Do: