I Had My Own Dream 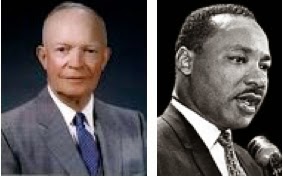 I have a dream that those who oppose Martin Luther King, Jr.'s dreams of justice, integrity, and equal rights for all, and his love of humanity and the earth, feel threatened and so were rankled by President Obama’s beautiful speech. This cadre of full time, right-wing professional Obama-haters try to inject their nonsense into our country's psyche. Their obsession with 'getting' the Black President, who presumes to govern because we elected him twice, has led them to become TRAITORS to their country, the precepts of our founding fathers, and even to the founders of their own party. If ghosts existed, I’m sure the Ghost of Good Republicans Past would haunt them all – from the old, bitter guys like John McCain, to freshmen like the semi-articulate Tom Cotton, who delivered a flawed civics lesson with enough lies and mistakes to garner a C- on a 6th grade pop quiz.

So, here are some wise words from Republican President Dwight David Eisenhower, who, were he still alive, might wish to say a thing or two to the current crop of right-wing haters. Let's start with voting rights: “Any time we deny any citizen the full exercise of his constitutional rights, we are weakening our own claim to them.” What might he say about the 47 Republicans' letter?: “Whatever America hopes to bring to pass in the world must first come to pass in the heart of America.” So, bring it on Mitch and Mr. Speaker, newbies who fancy yourselves smarter than President Obama. Here’s another quote for you: ”I hope I shall follow firmness of virtue enough to maintain what I consider the most enviable of all titles – the character of an honest man.” That is from George Washington! Let’s face it GOP, it’s way too late for that. Here's what Eisenhower might have to say about an agreement with Iran over nuclear weapons and peace: “Every gun that is made, every warship launched, every rocket fired, signifies in the final sense a theft from those who hunger and are not fed, those who are cold and not clothed.” He was a Republican who knew something about Principles: “A people that values its privileges above its principles soon loses both." And finally, he said, “I think that people want peace so much that one of these days, government had better get out of their way, and let them have it.” Funny, all of these quotes align perfectly with President Obama’s thinking and policies. I’m pretty sure Eisenhower and Martin Luther King, Jr., and Obama would have been good friends. 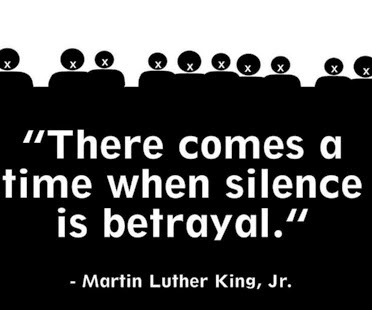